The Difference Between Self-Defense and Martial Arts

A question we get many times during our self-defense training seminars is people wanting to know the difference between martial arts and self-defense.

Many people mistakenly think self-defense is all about blocking, punching and kicking. Or that somehow you need to be the next MMA cage fighting champion. Or even worse, that you have to be able to clear a drunken brawl fight in less than 60 seconds!

Fortunately there are a plethora of skills, techniques and other things you can do to detect, avoid and escape a dangerous situation without ever getting into a physical altercation. Because in self-defense, that’s what matters, getting yourself to safety as quickly as possible.

Understanding criminal intent, conflict avoidance and threat recognition, among other things, is what we refer to as “true self-defense”, and depends more on proper mindset than it does on physical abilities.

This mindset is one of the primary differences between Martial Arts and Self-Defense. Since I am both a martial arts instructor and self-defense instructor, I understand these differences, but many do not.

This is primarily due to the fact that in the beginning, martial arts and self-defense were one and the same.

Although some martial arts are more recent, many martial arts date back many hundreds of years. These martial arts were developed at a time when laws were minimal and wars were common.

Empires invaded other empires and bandits roamed and pillaged unchecked by any type of law enforcement. Those who wanted to survive needed to be able to defend themselves, and at times be willing and prepared to take the life of another person if necessary.

In an effort to be well prepared for this violence, people developed methodical techniques that would eventually evolve into formal martial arts styles based on the threats in their particular area.

That’s why martial arts is many times the first thing we think of when referring to self-defense.

Unfortunately, these ways of training are in the past, developed for a time that has long been past. Today we have street thugs, rapists, murders and thieves that are different from the bandits and invading empire armies of the past. And our self-defense skills must evolve as well.

Another reality is that most martial arts schools today focus more on sport than self-defense.

Sport by definition is knowledge of your opponent, a preset time and place, no deadly weapons, time limits, safety equipment, points, prizes, titles, referees, fair weight classes and many other rules.

Now don’t get me wrong, there’s nothing wrong with sports, even in martial arts.

But a real-life fight is nothing like a martial arts competition. And you’ll need to train differently to be successful if a real-life situation arises.

So don’t wait any longer! Get started today with one of our Online Self-Defense Courses or Self-Defense Seminars so you can protect yourself and the one’s you love. 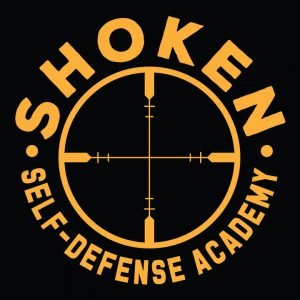